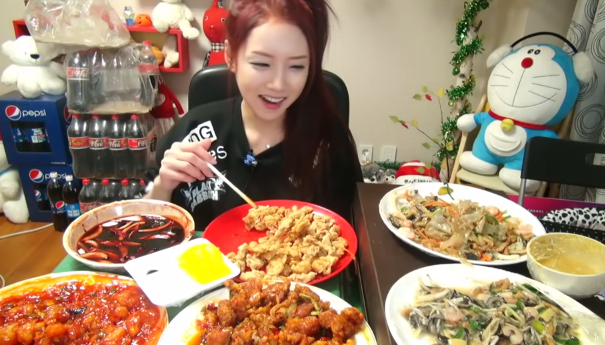 Whatever time of the day or night I turn on the TV, it seems the ubiquitous Come Dine With Me will be broadcasting on one channel or another.  And if it's not the British version, then it'll be the Australian one or the... you get the idea.  It's always being broadcast because, as a show, it combines three great elements... cooking food, eating food, and humans not getting on too well and arguing with each other!


And any one of those three elements on its own, of course, is also a recipe for success, whether we are talking about Jamie Oliver showing us how to make an omelette, two mismatched singles looking for love on a Dinner Date, or couples fighting with other people's spouses as well as their own after a Wife Swap. Over Christmas, it seemed there were only two types of programme on TV this year; ones telling you how to cook and eat the perfect seasonal meal, or those engaging in ritual humiliation to try to make us feel guilty about it and get us to diet afterwards.

Unsurprisingly, the love of food and eating has permeated social media platforms too.  I for one cannot envisage being able to prepare a meal (yes, sometimes I try to cook!) without the most essential website of all, Delia Online.  And just about every TV chef anywhere in the world has got in on the act, from the terribly sensible to the very very weird (and at times pornographic!).  There are also sites for people who like to play with food, avoid food, talk about food...you name it, it's there.

Over in South Korea, this can be big business and by far the most interesting and innovative (or just strange, depending on your view) is the blossoming phenomenon that is the the "muk-bang"(or "mok-bang"), which roughly translates as "eating room".  It's a really simple concept, people film themselves eating and other people go online to watch, often paying not insignificant subscription fees just for the privilege.

Queen of the muk-bang industry at the moment is the slim (goodness knows how!), pretty and very articulate Park Seo-Yeon.  Known to her fans as The Diva, 31-year-old Park is reputedly earning over £7000 per meal from her adoring pay-per-view fans!  What does she do while "performing"?  No, nothing at all improper... she eats junk food and chats away to the camera... that's it!

So, why on earth would anyone pay good money to watch a girl eat?  Well, there's probably no single answer to that.  Some of her fans claim they've had diet problems or eating disorders in the past, so there's a degree of transference going on when they watch The Diva performing instead.  For others, it's simply that they have no one to eat with, so they tune in with a KFC and join Park.  And actually, that's possibly the most significant part of this whole industry.  Food and dining together are extremely important elements of South Korean culture and, in a world where more and more people are living alone, "eating with" a complete stranger who's sitting in a muk-bang is often the next best thing to dining with family and friends.

Park herself claims she's involved in the muk-bang industry to combat her own loneliness, she hates dining alone so eats with her fans on a daily basis to fill the social gap in her life.  This may or may not be true but, one thing is for certain, with an income stream like this, she's one very entrepreneurial KFC-eating young lady!  Here's a clip of the Diva herself in action:-